Monterrey is a very versatile destination that has a great culture and history. Nowadays, is synonymous of industry without leaving aside its Mexican spirit and traditions. Because of this, the hotel industry has developed to offer a wide range of hotels and restaurants, this growth has made Monterrey is a city suitable for doing business, with industrial parks and state-of-the-art infrastructure with the capacity to organize events of international scale. Leisure travelers will be surprised by the wide range of tourist and cultural attractions, as well as recreational places that the third most important city in Mexico has to offer.

The city of Monterrey is surrounded by forests, natural parks, waterfalls, caves and mountains, perfect for hiking and extreme sports such as trekking, rappelling and mountain biking. Monterrey is a dynamic city and one of the most developed in México, as well as one of the country's main business centers. It serves as the industrial and economic epicenter for Northern México. Its economy is characterized by being the base of many national and international companies such as Cemex, Oxxo, FEMSA, Vitro, Grupo Alfa, among others, which is why it is called the Industrial Capital of México. The city is considered a beta city due to its high degree of competitiveness and development.

At Emark DMC ® Monterrey, you can be sure that our team will provide you with the necessary elements to carry out memorable and successful experiences whether it be for the organization and logistics of your convention or pleasure trip. 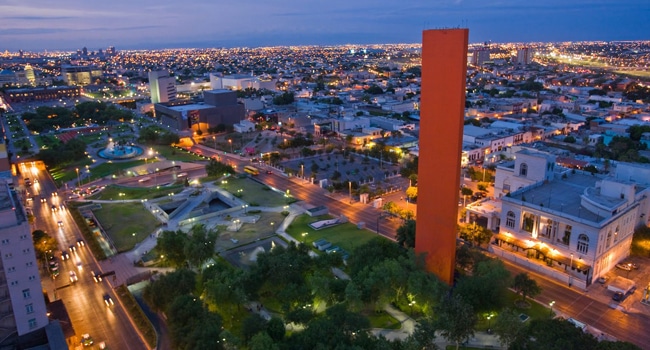 There are many places that you will love to visit such as El Cerro de la Silla, El Cerro de las Mitras, La sierra Madre, where you will find mountainous landscapes, hot springs and numerous museums. A long walk through the Barrio Antiguo which dates to the 18th century, it is made up of old houses and some of its important streets are cobbled.

The attractions in the surroundings of the city of Monterrey are so many and varied that you will always have to come back for more, specially those who love adventure and vertigo. 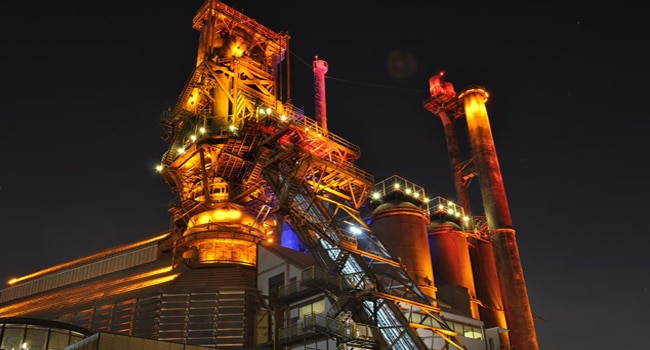 Monterrey International Airport is considered one of the most modern airports in North America because it has a design that is based on energy saving and sustainable awareness.

Within three terminals a, B and C and a cargo terminal. 85% of its traffic is domestic and the rest is international, mainly with the cities of Miami, Dallas and Houston. It has more than 300 daily flights to more than 43 destinations in Mexico, the United States, Central America, the Caribbean and Asia. It is considered the fourth airport in the country in terms of passengers served and operations per year. 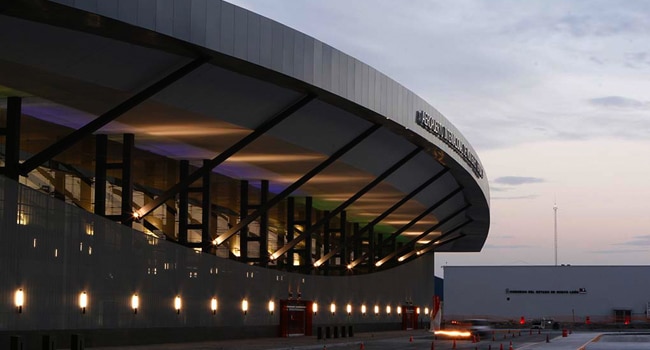 Hotel growth in Monterrey has picked up in the last year, major chains have announced the opening of new projects, more than 100 hotels with a total of 12,000 rooms, with competitive rates for all budgets. 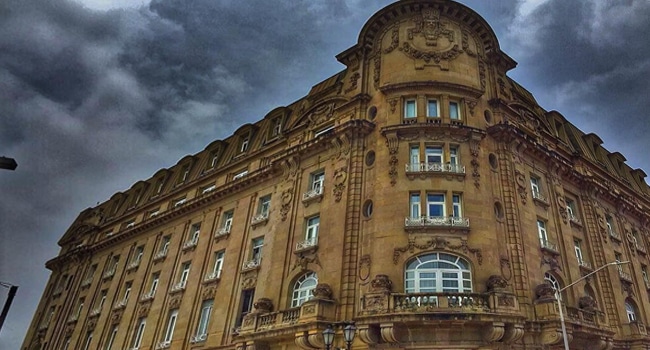 The cuisine of northern Mexico, tends to be very different from the rest of the country, livestock is one of the main activities with it the consumption of meat, highlighting the tender meat of arrachera, which is very typical of the region, the flour tortilla will be the option to accompany it.

The specialty is the  goat roasted slowly over mesquite wood, which gives it that special smoked flavor. Due to the dry and arid climate, the Tlaxcalans had to dry the meat in the sun. 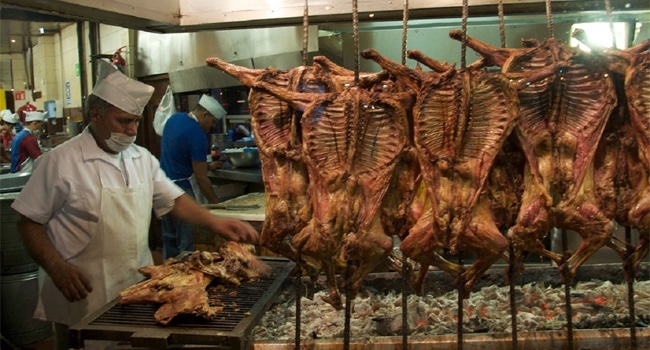 There are equipped convention centers in Monterrey and other fairgrounds, which are ideal for all types and sizes. Monterrey has consolidated itself as one of the main cities in Mexico and Latin America for the attention of meetings. This is due to its vast experience in organizing world-class events of the most diverse kinds. Cintermex has 44,500 m2 for closed events and 3,500 sq.m. in open spaces.

Monterrey Convention Center is part of the multipurpose complex Pabellón M, it has 8 meeting rooms over 6,000 sq.m. has a complete office area and inside is a hotel with 178 rooms, this convention center is located 40 minutes from the airport. Centro Convex, its 8 floors house spaces for social events, student, business, congresses, conventions, exhibitions and exclusive spaces for corporate offices.

Pabellón M. Auditorium, this fair and entertainment venue has a capacity for up to 4,266 spectators. Every year, it presents 100 to 150 shows and events by artists and personalities of international standing. Showcenter Complex has 7,000 sq.m. with capacity for 6,000 people a revolutionary concept in the entertainment industry that integrates facilities and world class technology. At Emark DMC ® Monterrey we develop successful events for congresses and conventions, our experts will coordinate every detail. 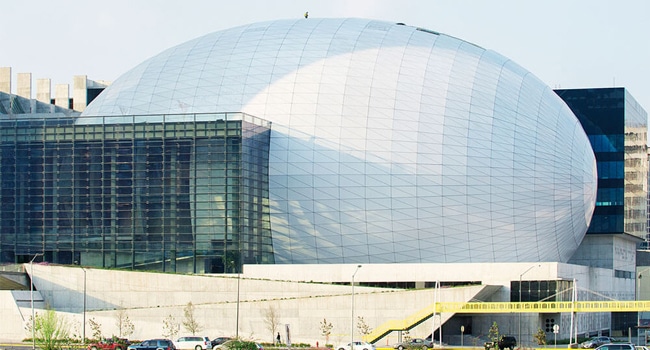 No matter what kind of music you prefer, in Monterrey there is the perfect place to enjoy it and with the best atmosphere. In the city, the nights become unforgettable evenings in its great variety of bars, pubs and discos. 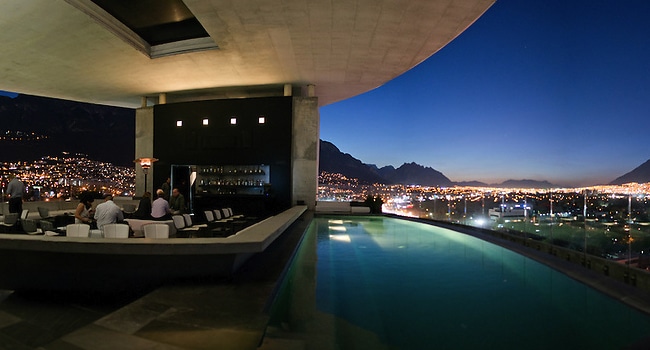 Based in the nature segment, you will find adventure tourism, oriented to the adventures that allow you to measure your limits and the sensation of adrenaline that will accompany you during the whole journey. In Monterrey you will find a diversity of activities that allow you to have direct contact with the environment: Camping, Canyoning, Mountain Biking, ATV's, Climbing, Caving, Kayaking, Mountaineering, Parachuting, Paragliding, Rappelling, Horseback Riding, Fishing, Hiking, Zip-lining and more. The most recommended season of the year for climatic reasons is the summer. 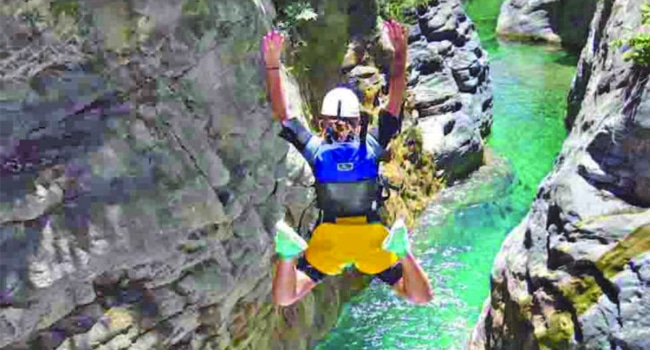