Acapulco is world renowned for its beautiful bay of "Santa Lucia", where it concentrates the largest number of hotel rooms, the hotel zone and residential condominiums, in addition to being the area that presents more tourist flow in the port, it is the destination that has given Mexico more fame internationally. It is distinguished by its golden sand, its tropical climate, its warm waters and its people. Enjoy golf, tennis, horseback riding and of course shopping along the different malls as well to delight with its excellent cuisine in different world class restaurants throughout the area and with its majestic postcard sunsets in the most beautiful bay of the Mexican Pacific.

A must-see stop is La Quebrada, is a 136 ft. high rock rising above the ocean's edge, see cliff divers fall into the torch-lit night at the sea, visit the San Diego Fort, built in 1617, used to defend the Port from pirates, today is a museum full of history and culture of what was Acapulco.

Pie de la Cuesta located in Coyuca de Benitez, commonly known as the golden door of the Costa Grande, you will find the sound of the tireless sea surrounded by its green tropical palms on an extensive coastline of 35 kilometers of beaches, two beautiful lagoons and its islands, without leaving behind a beautiful day in the lagoon of Coyuca and be able to enjoy a day of skiing, horseback riding or take a boat trip to its islands and close the day in a beautiful sunset eating at the seashore.

Acapulco is a cosmopolitan tourist destination, with lots of history and culture, it was frequented by celebrities like Frank Sinatra, the Kennedy´s, Marilyn Monroe, Howard Huges and many more. Acapulco combines nightlife and contrasts of its quiet beaches where you can swim, take a boat ride or simply watch the spectacular sunsets. Acapulco also hosts important major world class events, since it has large venues in which important events are developed as the Tianguis Turístico every two years, as well as diverse activities for incentives, congresses and conventions of Mexico and the world that stand out in the beautiful destination of the Mexican Pacific. 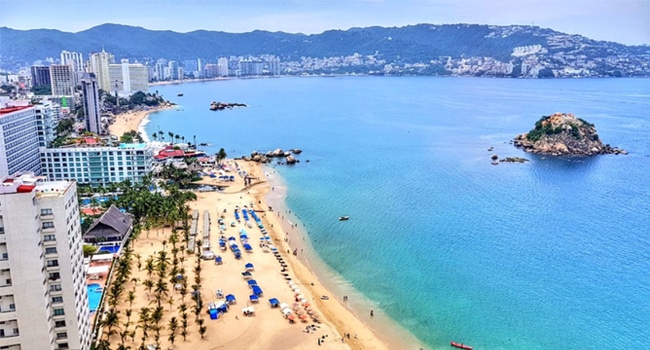 Don't miss la Quebrada famous cliff divers spot, beautiful beaches, high class shopping, gourmet restaurants and exciting nightlife. The newest attraction is the world's longest zip line which is over a mile long and achieves speeds of up to 75 miles per hour.

Water sports include world-class sport fishing, among others, and those who prefer the mainland can satisfy their desire to practice their swing on any of the four professional 18-hole golf courses in Diamante zone or on the 9-hole course next to the Convention Center. After so much exercise, the best thing is a good massage in one of the many European-style spas in the destination. For the little ones, they can enjoy a visit to el Rollo Acapulco water park (formerly CiCi Water Park) with its huge water slides and wave pool. 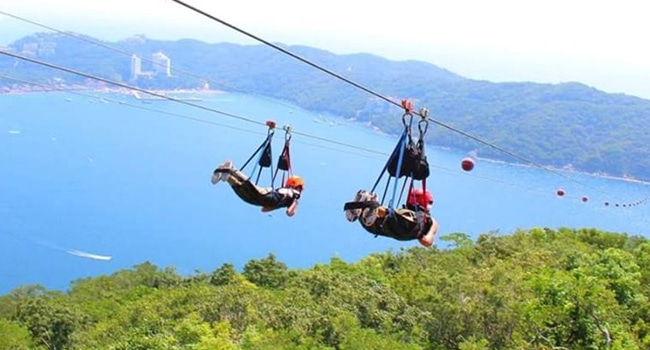 Currently there are 415 domestic flights and 7 international flights, they can fly non-stop from the city of Houston or fly to Mexico city and make a connection to the coast in a short flight of one hour. 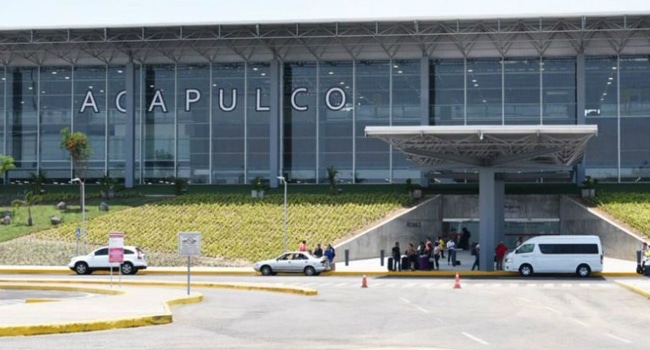 The destination offers over 18,000 rooms available throughout the Port, from the traditional area that is the old part of the Port where you will find the oldest hotels, as in the golden area 25 minutes from the airport from Icacos to the Papagayo Park and finally the Diamond zone is the newest part with more development and investment of exclusive hotels and resorts of international chains, begins in the scenic road in Brisas residences, including Puerto Marques and Punta Diamante and extends to Barra Vieja which is 10 minutes from the airport. 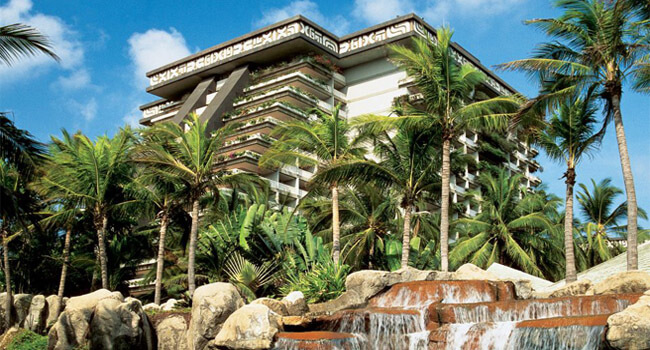 Acapulco´s typical food has been influenced by the pre-Hispanic and Indigenous cultures. Seafood is a staple, the regional ceviche has its own unique flavor acquired by its unconventional splash of soda or orange juice and tomato sprinkles, it also has two distinctive dishes from the region: Pescado a la talla is the best known regional specialty from the Guerrero coast and the Vuelve a la Vida Cocktail (back to life) is the perfect antidote to a hangover, it is a seafood cocktail, served in a cold glass with a side of crackers and sliced avocado.

A traditional Thursday of Pozole either white or green accompanied by a delicious snack with a traditional Guerrero tamale. There are 38 restaurants in the destination, which differentiate between those that offer the classic local and regional food, international and exotic food restaurants and places that offer fast food among others.

Acapulco has three large and functional spaces for events with a capacity to host more than 20,000 participants, in several important locations of the Port, the traditional Acapulco International Convention Center, Mundo Imperial Acapulco Convention Center and the Fairmont Princess Convention Center in Diamante hotel zone, providing all the necessary technology and space for large events. Acapulco it’s a magic destination where we began operations since 1980.

At Emark DMC ® Acapulco our Event Planners have the expertise to carry out a successful planning and execution for your event, group, convention and / or any type of event you want. Acapulco is a magnificent destination, has the necessary space for large-scale congresses and conventions where successful international events are held. 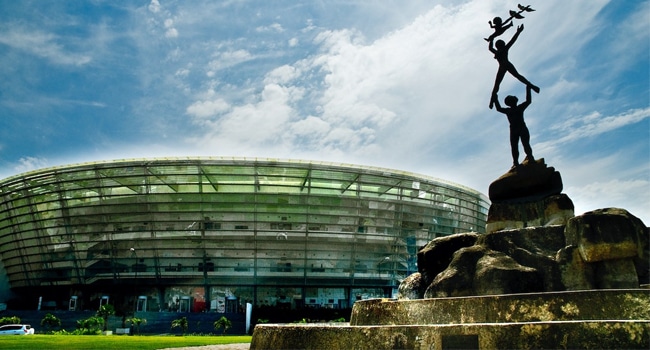 Acapulco has a great variety of discos, bars and nightclubs. The nightlife is one of its most legendary attractions such as BABY´O discotheque like the legendary and glamorous Studio 54 of New York, there are many options to have fun to the rhythm of music of your preference. Acapulco have endless options for everyone. 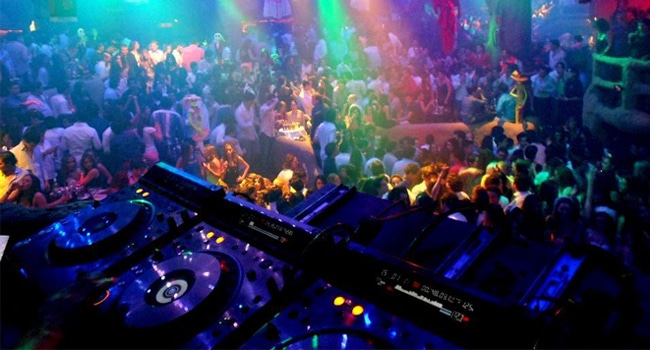 Acapulco, like many other places in Mexico, has various beaches whose names correspond to historical facts, customs or simply natural circumstances. Acapulco is one of the most popular tourist centers in Mexico, with its unique world-famous Bay that is covered by lights and fireworks display during a festivity. 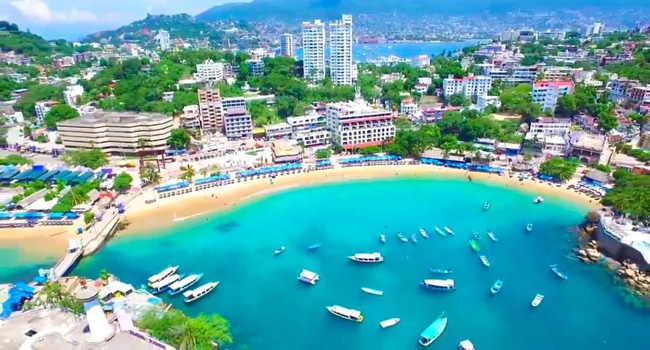