Zacatecas is a beautiful and romantic destination. It is a city of small sloping streets, ramped and staggered alleys that invites visitors to admire its architectural beauties of pink quarry stone buildings, among them; the Basilica Cathedral of Zacatecas with its baroque style, the Calderon Theater, and other buildings of its historic center which have been declared a World Heritage Site by UNESCO.

Zacatecas comes from the Nahuatl, its name means "inhabitant of the land where grass abounds". In colonial times was the main mining center of New Spain, is still recognized for its deposits of silver, gold and other minerals, for its architecture, museums, traditions and for its courageous participation in one of the great battles of national history "The Mexican Revolution". But also, as the romantic city of México. 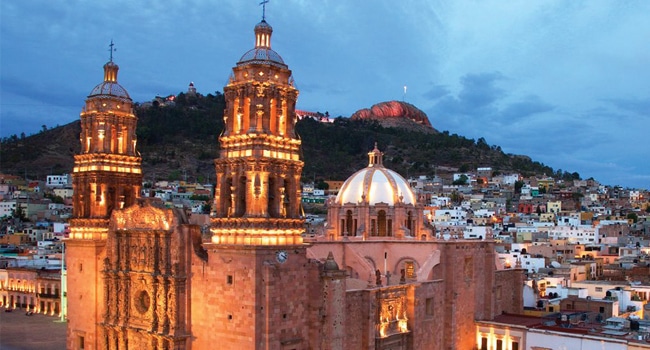 To visit Zacatecas is to know the legacy of a wealthy society based on the extraction of silver and gold from the mines discovered in its surroundings. Its beautiful colonial architecture such as the Basilica Cathedral, the Government Palace, the Pedro Coronel Museum, to admire the works of the great masters of art.

For adrenaline lovers, you can enjoy a panoramic view of Zacatecas in cable car that crosses the city from mountain of the "Bufa" to the "Grillo" Mountain. For history lovers, there is the "Toma de Zacatecas" Museum, with 8 rooms that will allow you to learn about the events before and during the battle of Zacatecas and the Fernando Calderon Theater, of neo-renaissance architectural aspect, which will delight you with plays and concerts.

At the Eden Mine you will enjoy an unforgettable visit to an unimaginable place, you will travel by train through the depth of the mine through its rocky tunnels admiring the exhibits of rocks and precious minerals typical of the area and other parts of the world. 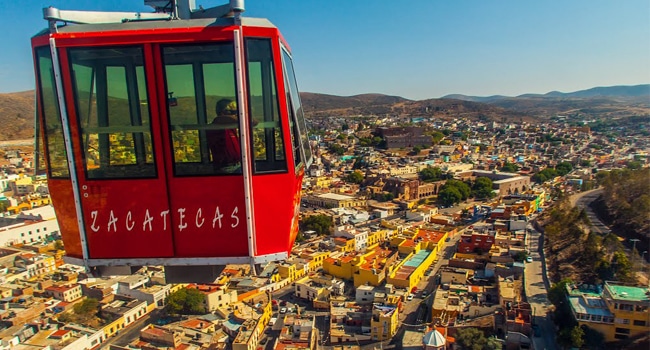 The number of tourists that receives this airport is mixed because it is a tourist and business city for this reason the airport undergoes a constant adaptation to meet the demands of the two segments of travelers. 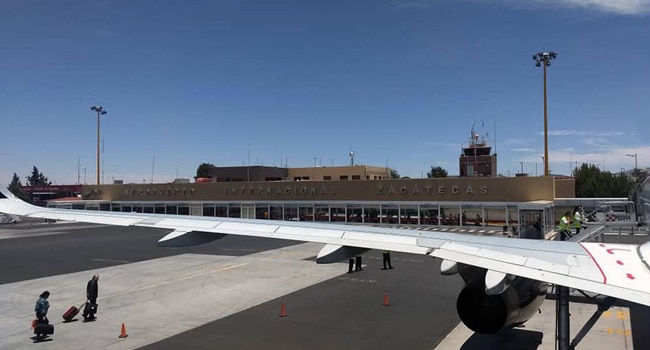 The city of Zacatecas currently has approximately 76 hotels with almost 3,000 rooms with five and four stars. Within the hotel infrastructure of Zacatecas can also find halls, gardens and suitable spaces for holding your business meetings. Prestigious hotel chains had trusted investing in this city such as Fiesta Inn, Emporio, Hampton Inn, City Express among others and is constantly growing. 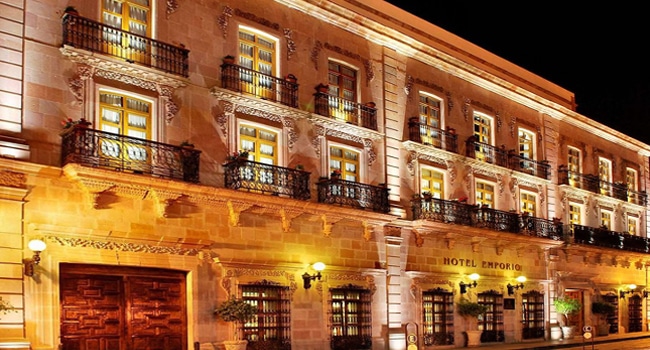 Zacatecana gastronomy has a wide range of rich dishes typical of the region, highlighting the Wedding Roast, so called because it is very common to serve in regional weddings; the Ram “Birria”, the “Zacatecan Pacholas” which is beef and pork with chili, the Baked Loin in aluminum foil, the red Pozole, the Zacatecan Enchiladas, the meat stuffed in red chile and the chubby (corn tortillas) stuffed with stews, the Zacatecano Rabbit, are delicacies worth trying.

Zacatecas vineyards produces exquisite table wines; red, rosé and white; its typical zacatecan drink is the mezcal of Huitzila, you can also taste and enjoy local delicacies such as the lenten water, mead and peron and cane wines. 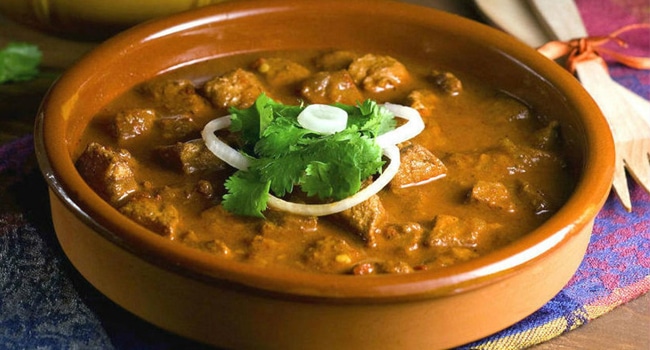 The Palace of the Zacatecas Conventions is located 5 minutes distance from downtown city and 15 minutes from airport, is magnificent and modern with an innovative architectural style, built with ecological technology such as lighting and natural ventilation, ideal for congresses, exhibitions, business meetings, conferences, social and academic events, banquets to concerts and shows, it has an area of 20,000 sq. m. and a capacity to host up to 6,000 people.

Other alternatives available in Zacatecas for these purposes include spectacular gardens, vineyards, mansions, museums, haciendas, and hotels. At Emark DMC ® Zacatecas, we are professionals in the organization of specialized events focused on the operation and logistical support for business tourism, congresses and conventions. 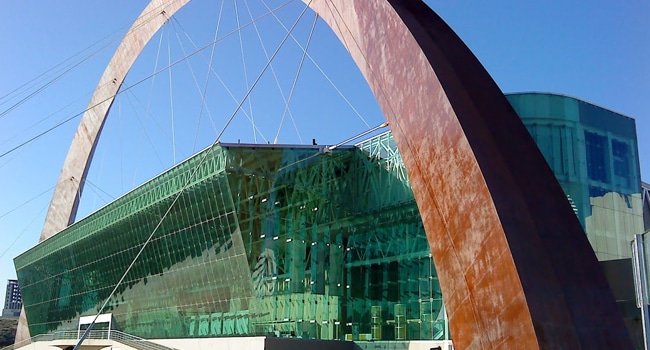 Discover a new night experience in Zacatecas, walk through its streets and alleys of the historic downtown, squares and gardens, until you reach the Alameda with a band that produces music or "Zacatecano drums", is one of the most emblematic traditions called "Callejoneada" music is contagious and the dance inevitable.

Visit traditional bars or canteens such as the famous canteen "the Fifteen letters" with more than 100 years of existence and favorite of some famous people of art and show for a lively and enjoyable atmosphere. At night, you can admire the beautiful, illuminated landscape of the historic center from the heights from the cable car. 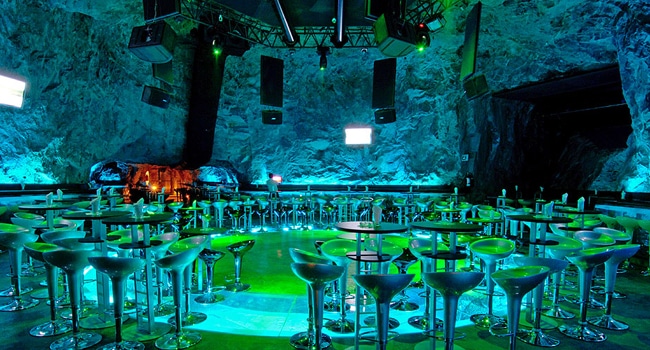 The most emblematic traditions are: "La Romería" in honor of our lady the Virgin of Zacatecas, the "Morisma de Bracho" religious festival in honor of St. John the Baptist and is a staging of the Battle of Lepanto between Moors and Christians. "The Procession of Silence" on the Friday of Holy Week. In addition, there are other festivals that often focus on traditional dance recitals and many are derived from waltzes and polkas thanks to the mining history of the state and has great cultural and artistic attractions. 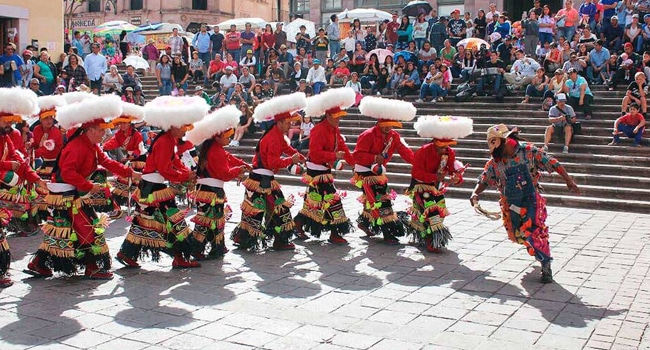