“Puebla de los Angeles” named at the time of the conquest and now officially Puebla de Zaragoza, is located 120 km from Mexico City in a beautiful valley from where you can see it surrounded by the volcanoes Popocatepetl, Iztaccíhuatl, Pico de Orizaba and La Malinche.

Puebla is a city that combines its historical grandeur with a unique modernity, it was declared Cultural Heritage of Humanity by UNESCO. It is currently considered one of the best destinations in Latin America in this category for its colonial architecture, culture and gastronomy.

Since the time of the colonial era and with Spanish immigrants it becomes the second city of importance of New Spain only after Mexico City. It was in May 5th, 1862 where the battle took place under General Ignacio Zaragoza in which he fought against the French invasion. Puebla has a great tourist competitiveness, history, culture, nature and the kindness of its people.

Puebla offers endless attractions for the whole family; The Cathedral is the most representative construction of the city, the " Africam Safari" Zoo, where you can live the experience of an African safari, but from the comfort of your vehicle, or from a bus. You will appreciate among giraffes, antelopes, lions, zebras, deer, flare tigers and other animals that will surprise you by their size.

The Forts of Loreto and Guadalupe is a tourist attraction in it that are museums where armaments, uniforms, paintings documents, among many other objects related to the Battle of Puebla are exhibited.

The Cholula Archaeological site is the largest in the world and is located in México, in Cholula, in the state of Puebla. Its Pyramid of Cholula has the largest pyramidal base in the world, with 400 meters per side, it seems unnoticeable because much of its structure is hidden under a mountain. It also has a system of tunnels inside the pyramid that consists of approximately 280 illuminated meters.

The Regional Museum of the Revolution, the Natural History Museum, the House of the Alfeñique, Religious Museum of Santa Monica, Regional Museum of Crafts, Museum of Anthropology and Natural History, Amparo Museum, Museum of the Dolls, Museum of Santa Rosa, Planetarium, House of the Serdán Brothers, Casa del Dean, the Historic Downtown of Puebla, it was declared Cultural Heritage of Humanity. At Emark DMC ® Puebla, our advisors will provide you with what you need to enjoy your stay whether for business or pleasure. 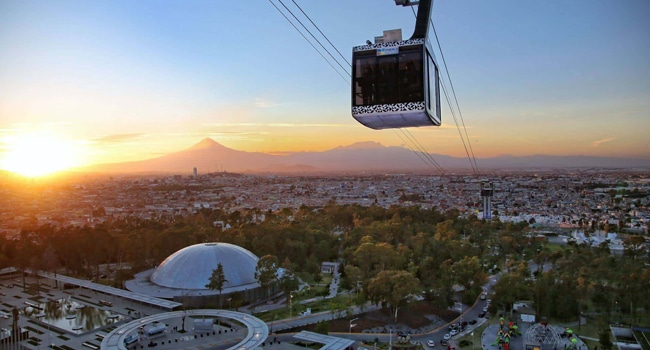 Puebla International Airport "Hermanos Serdán, 35 km or 30 minutes approximately from the city downtown, has maintained a constant growth and offers flights to several domestic destinations, such as Monterrey, Guadalajara, Cancun, Tijuana, Puerto Vallarta and Tuxtla Gutiérrez among others with; Aeromar, Aeromexico, Calafia Airlines; Volaris and VivaAerobus and to international destinations with American Airlines and United Airlines to Dallas and Houston. 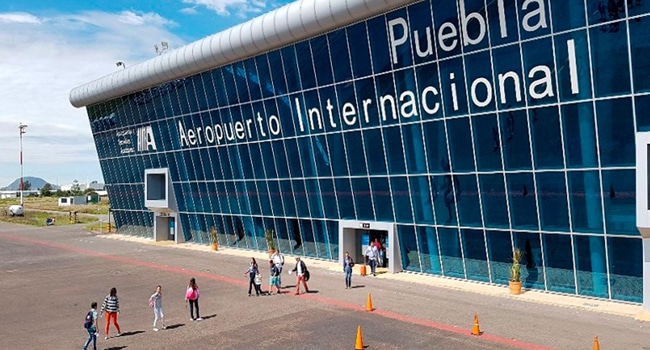 The hotel offer of Puebla is wide and varied. There are options for all requirements, needs and pockets. You can find everything from classic one- or two-star accommodations to 5-star accommodations and the elegance and warmth of its Boutique Hotels. There are brands like City Express, Holiday Inn, Camino Real, Marriot and many more. In Puebla, the tourism business or rest sector has become an economic engine in constant growth. 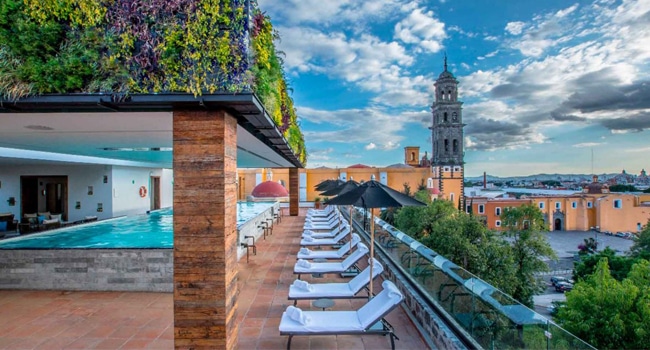 Puebla has a mixture of pre-Columbian and Spanish cuisine, 3 are the most used ingredients corn, beans and chili. One of the most representative dishes is "Mole Poblano", made from turkey or chicken with many species and a mixture of different chiles dipped in a chocolate sauce.

Also, an emblematic dish in Puebla is “Chiles en Nogada", which is a poblano chile stuffed with beef and covered with nogada, it is a sauce prepared with walnuts and pomegranate fruit., the "cemita poblana" sandwich stuffed with beef or chicken , potato, bean and nopal or several ingredients to taste. Of course, as in all the big towns Puebla offers numerous gourmet restaurants to satisfy all tastes. The gastronomy of Puebla is internationally recognized. 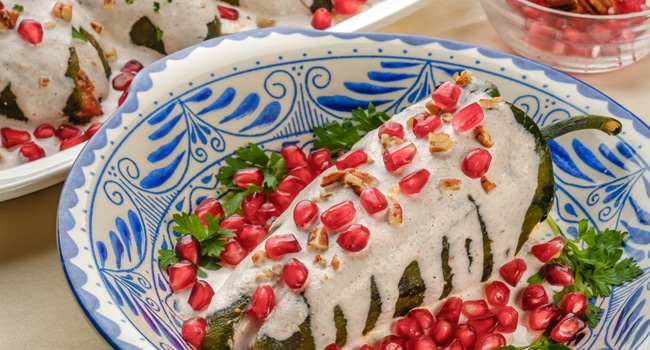 Puebla has venues of different sizes and capacities. The William O. Jenkins Convention Center of Puebla is located in the historic center of the city of Puebla. It is considered one of the best venues for hosting important national and international events, such as congresses, symposiums, forums, seminars, conferences, presentations, concerts, cultural expositions, shows, professional fairs and banquets. It has an area of 5,489 sq.m., also 15 spaces available for any type of event you may need. The main hall "Salón San Francisco" with an area of 2,975 sq.m. and a capacity for 3,400 people in auditorium. This hall can be divided into three into three halls: Analco, la Luz and el Alto.

The Metropolitan Auditorium has a capacity for 5,000 people, comfortably seated. The rows have a maximum of 18 continuous seats. All kinds of shows and events are presented here, such as exhibitions, movie premieres, presentations, international festivals, theatrical plays, concerts and much more. 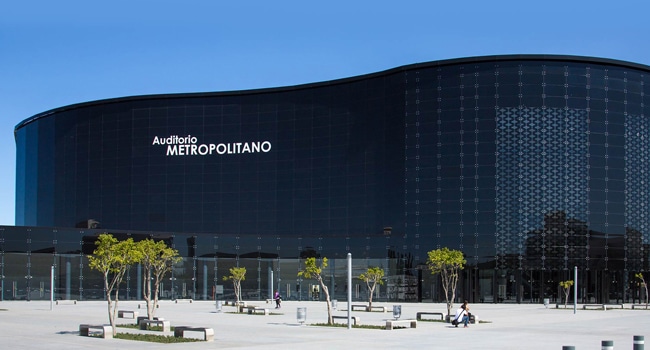 Puebla offers its cafés, bars and nightclubs with a friendly atmosphere. At the square of Santa Inez you can enjoy music of mariachis either at “Plaza Los Sapos” which is a place very frequented by tourism and local youth in various places with live music among others. 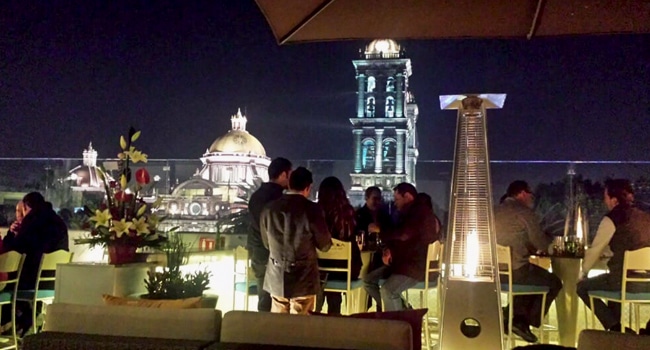 The most renowned is the celebration of the anniversary of the Battle of May 5th in which the Mexican army defeated the French army during the French invasion there are parades and combat drills to remember the battle, Fair of the Apple, coincides with the celebrations in honor of the Virgin of the Assumption. The paper balloon festival, people make paper balloons that will be released at night. This show is accompanied by dances and concerts of popular music. Easter is busy and a great religious celebration also in the city of Puebla. 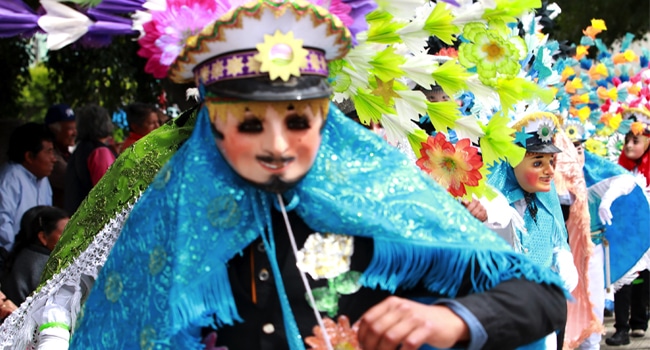