Mexico City is the capital of the country, classified as one of the most populated cities in the world and most visited destination. It offers enough alternatives to satisfy those who seek to be nourished by art, culture or entertainment, as well as those who visit for business, it is the most important financial and political destination of the country.

It is a great city where you can enjoy the mixture of cosmopolitan atmosphere with all the heritage of its historical past and the vanguard of modern life. Enjoy these settings with beautiful buildings, old and modern, housing libraries, world-class museums, government offices and financial centers, as well as fine restaurants and spectacular nightlife.

Mexico City it is a metropolis that offers diverse options for both pleasure and business travelers, since for the latter they will find world-class facilities and services with important business and convention centers with a wide range of hotels, recreation sites, gastronomic spaces and shopping options. 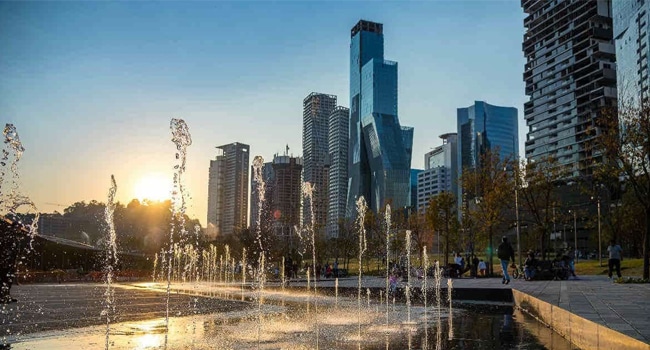 The Historical Center, was declared Cultural Heritage of Humanity, it has squares like the Zocalo where the enormous national flag flies surrounded by multiple buildings from the colonial era such as the Metropolitan Cathedral and the National Palace, adorned in its interiors with beautiful murals of Diego Rivera and an enclosure in homage to Benito Juárez, also the Palace of Fine Arts, within art deco style, which houses works by Mexican muralists and witnesses to the best performances of opera, theater and dance, the archaeological site of the main temple as well as modern buildings such as the Latinoamerican Tower, a 43-story skyscraper that was once the tallest tower in the country.

Condesa & Rome Neighborhoods: used to be inhabited by upper middle class and foreigners of various nationalities which gave them a cosmopolitan air, an art deco style and the other art nouveau style, most of which were declared Cultural Heritage by the National Institute of Fine Arts. In its streets you will find shops, boutiques, galleries, cafes and restaurants.

Reforma, Chapultepec & Polanco: Reforma was built to communicate Chapultepec Castle with the center, you will find the emblematic sculptures like the Diana Cazadora, the little horse and the famous Angel of Independence, Chapultepec Park is divided into three sections, in the first is the zoo, the lake where you can walk in boats as well as the castle, witness of different historical stages of the city, in the second section is the presidential house of the pines as well as the two lakes, two restaurants. In the third section you will find green areas, the Architects' Association.

Polanco: It is one of the most exclusive areas, its origins are from the 1920's. Here you can find elegant boutiques of renowned international firms, as well as fashionable bars and restaurants, prestigious hotels and art galleries, with its main street the Avenida President Mazaryk.

Coyocan: It is one of the most picturesque areas of the city considered as a Magical touristic neighborhood by UNESCO since 1990 and was provisionally the capital of New Spain after the conquest. At present time emphasize colorful large houses, diverse coffees, museums, squares and gardens. And finally, the so famous Blue House of Frida Kahlo, which is currently a museum with the furniture and personal objects and works of the same artist.

Xochimilco: It is one of the most traditional places in Mexico City, this place is strongly linked to the pre-Hispanic era, as it was used to navigate to nearby places, now the river channels are connected between them, so a tour accompanied by a good drink and food in a trajinera is a tradition, and of course incredibly good music to set and spend a fun time.

Mexico City is the second city with more museums of the world like the National Museum of Anthropology and History, Museum Tamayo of Contemporary Art, Museum of Modern Art, Museum Soumaya, Museum Old School of San Ildefonso and for the small ones the Papalote Museum for children’s. 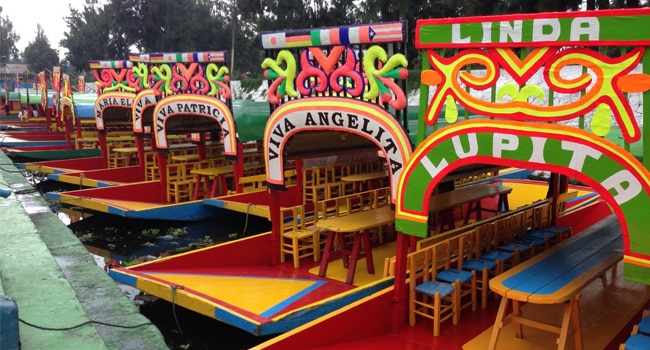 The Mexico City International Airport is one of the most important air terminals in the world. It operates with the main cities of Mexico, United States and Canada, as well as many other destinations in America, Europe and Asia. Also, the Toluca Airport for its proximity has become an alternative airport.

For being the biggest city in Mexico, it has developed agile and well-connected roads with neighboring cities like Cuernavaca, Queretaro, Pachuca, Puebla and Toluca. 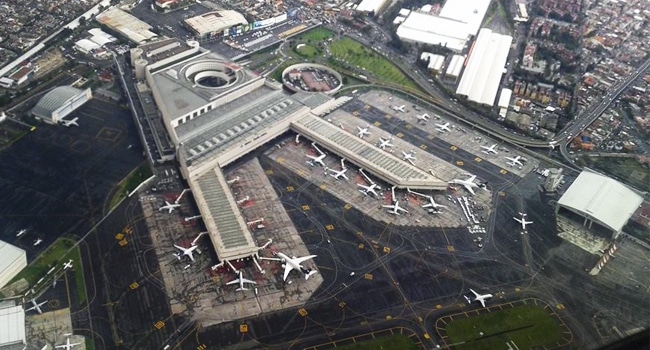 Mexico City offers a wide and developed hotel infrastructure for all tastes and budgets, ranks third in the number of rooms available and is the destination that receives more travelers in the year. 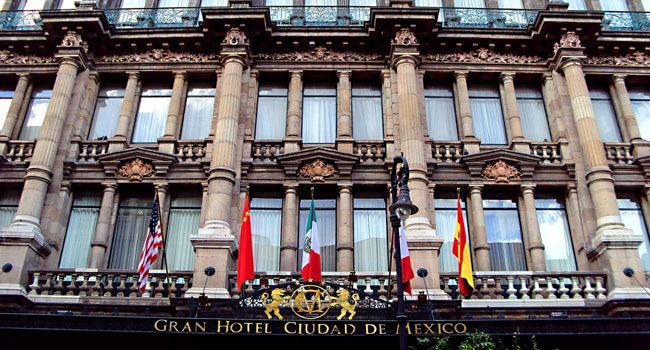 México city gastronomy has been catalogued as an Intangible Heritage of Humanity by UNESCO. Thinking about Mexico City's cuisine is like taking a trip back in time where most of the ingredients are still from pre-Hispanic times; there are dishes that range from the most laborious to the simplest, but with that peculiar touch that distinguishes us from the rest of the world.

Diversity of options is very wide, from a delicious and very traditional antojito, tlacoyo, guajolota, huarache, sope, tacos al pastor, quesadillas without cheese to mention a few, that can be bought in some stall in the street or in a traditional market like Coyoacán, La Lagunilla, as a traditional meal that can vary from a mole, some broth like mole de olla, caldo tlalpeño or a delicious menudo.

You can also taste all kinds of international and Mexican cuisine in the many restaurants in the city in certain areas such as Polanco, the Zona Rosa, San Angel or Avenida Insurgentes, which gives it that distinction and cosmopolitan flavor that distinguishes this city. 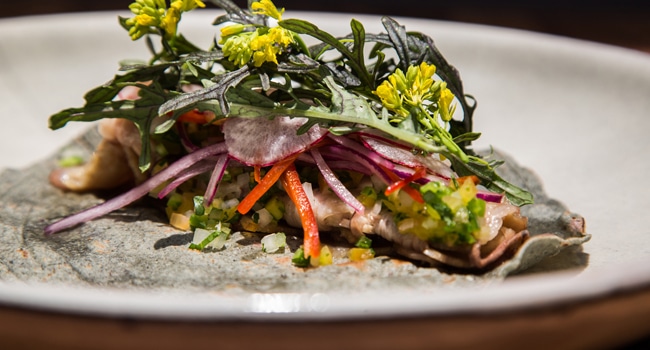 Mexico City is an event and convention destination for excellence, in addition to the options offered by hotels with halls and spaces to serve one or more events, generally have banquet service, as well as the necessary equipment and support materials, there are also spaces focused specifically on this service with much greater capacity for mass events, some of the sites are listed.

At Emark DMC ® Mexico City you can be sure that our trained staff will assist your company to carry out successful events and conventions with the quality and human warmth that characterizes us.

World Trade Center Mexico City, has 30 multifunctional rooms, a business center and an auditorium with a capacity of up to 15,000 people.

Centro Citibanamex: 25 multifunctional rooms and 34,000 sq.m. with the possibility of being converted into 4 rooms.

Expo Santa Fe: Located in the most modern & important business area with 32,400 sq.m. for exhibition on one floor divided into 3 equal rooms.

Palacio de Minería: Located in the Historic Center, its a beautiful venue for a cultural environment with 3 halls, 4 patios, 1 chapel, 1 auditorium and a temporary exhibition hall.

San Ildefonso Museum: Two blocks from the Zocalo you will find this place to give a historical touch to your events with spaces of 5 patios, a hall and a room.

San Hipolito Museum: Located in Paseo Reforma, has a capacity for 180 people and offers a hall or patio for your event. 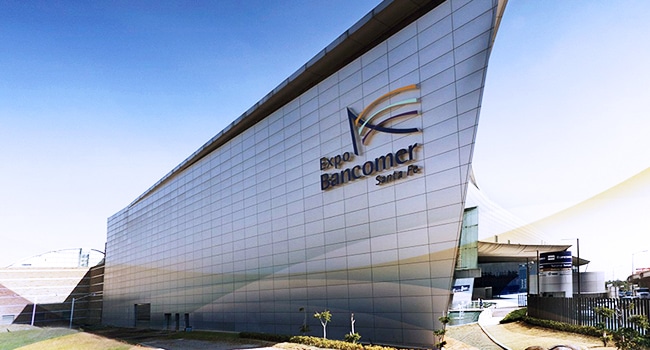 Mexico City is extremely fun and diverse and we can start enjoying it from the afternoon in a small bar or cantina, enjoying a good drink accompanied by a delicious snack of Mexican food, to more sophisticated bars and exclusive clubs and live concerts with the most recognized artists in the world. It is a modern city always at the forefront where ballet, theater, folk shows, opera and philharmonic orchestras are as common as the clubs.

The traditions in Mexico generally coincide with some saint or religious patron are celebrated on a special day highlighting those of a cultural/regional nature with decades of existence. Some of the most mystical festivities in the capital city, either because of their tradition or because of their complex elaboration.

Celebration of the Dead in Mixquic, is held every 1st and 2nd of November in San Andrés Mixquic, it is said that there is no better place to celebrate the dead, this place is known worldwide for the colorful celebration of the day of the dead where the cemeteries are filled with flowers and delicious dishes on this date.

Feria Nacional del mole, this is a fair that lasts almost a month in the town of Pedro Atocpan, in Milpa Alta. Here, visitors can taste the different varieties of this typical dish from all over Mexico, whether it is a mole poblano, pipián, almendrado or adobo. The event is accompanied by a program that includes pyrotechnics, live groups and a crafts fair.

Fiesta de Niñopa, this is one of the longest running betrayals in the city, with one 430 years of existence. Thousands of the faithful come year after year to witness the change in the image of the Niñopa, one of the most outstanding cult images of the mysticism of Xochimilco. During this celebration, the image of the niñopa or niñopan wanders through an extravagant procession of Mexican folklore. This is perhaps the second most venerated image in Mexico after the Virgin of Guadalupe.

The Tamale Fair, held in Coyoacán, is one of the most eagerly awaited gastronomic events in the city each year. It is a tradition that attracts hundreds of exponents that come from states like Oaxaca, Tlaxcala, Guanajuato, Michoacán and Chiapas. The event is accompanied by cultural programs, a crafts fair and a display of typical sweets.

The annual San Lorenzo Acopilco Fair, a celebration with more tradition is held here in honor of the martyred San Lorenzo, patron saint of the town. With, dance, music and pyrotechnics the community of Cuajimalpa reaffirms its devotion to the patron saint that every year receives hundreds of faithful from all over the city in its celebration. 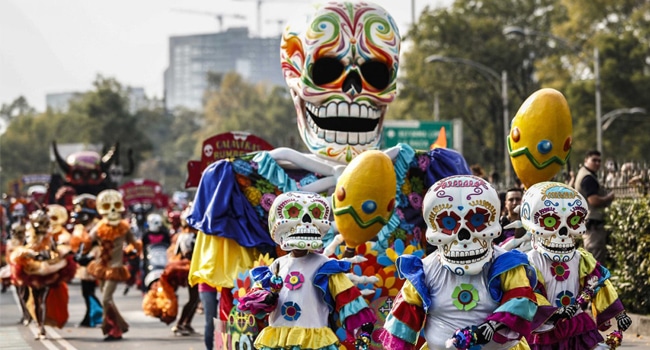